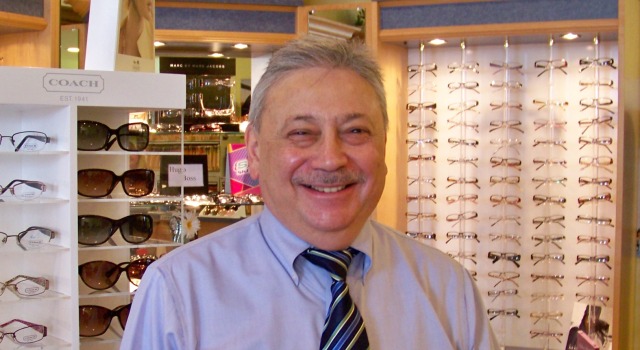 Dr. Anthony Modesto has more than 20 years experience as a practicing optometrist.

Dr. Anthony Modesto O.D. is the President and owner of Advanced Eyecare, which was established in 2004.  Dr. Anthony Modesto brings much experience and knowledge to the Optometry Profession and the business of eyecare.  He has been awarded two Bachelor of Science degrees, an Optometry degree and many other awards and certificates for service.

In 1969, Dr. Anthony Modesto graduated from the State University of New York at Stony Brook; his second B.S. degree was awarded by the Pennsylvania College of Optometry in 1971 and his Doctorate of Optometry degree was awarded in 1973.  The training at this institution, at that time, emphasized optics and traditional Optometric Care of fitting eyeglasses and contact lenses.  As times changed, Optometry evolved into Primary Vision Care and that became Medical Optometry.  Dr. Modesto evolved with the profession and continually updated his Optometric skills to also provide diagnosis and treatment of eye disease.

His experience included care of the mentally challenged (at the Laurelton State School in Pennsylvania); geriatric vision care (at the Bellhaven Nursing Home in Brookhaven, NY for 9 years) and; consulting and visiting eye doctor (at the South Country School District in Bellport, NY for 15 years).

Most of Dr. Anthony Modesto experience has been in private Optometry practice.  At his first practice, he was a part owner of Coram Plaza Optical in Coram, NY (1977-1981) and the establishment of Bellport Optical (or The Eyecare Center of Bellport) in 1981, which is still in existence in Bellport Village (now under new ownership).  His retail optical experience at Hillman-Kohan (now Pearl Vision Center) and fill-ins at Cohans Optical and Sterling Optical has provided a full background in all phases in the delivery of eyecare.

Dr. Anthony Modesto is very proud of his family, who often assists him in the practice at Advanced Eyecare in Miller Place.  His wife, Barbara, manages the practice and his two daughters often fill in at optical sales.  His second daughter, also an Optometrist, provides eye exams during vacations and while Dr. Anthony Modesto is attending seminars.  His son, although not in the eyecare field, tests many of the new products.